Behind the Mask – Portrait of a Brazil 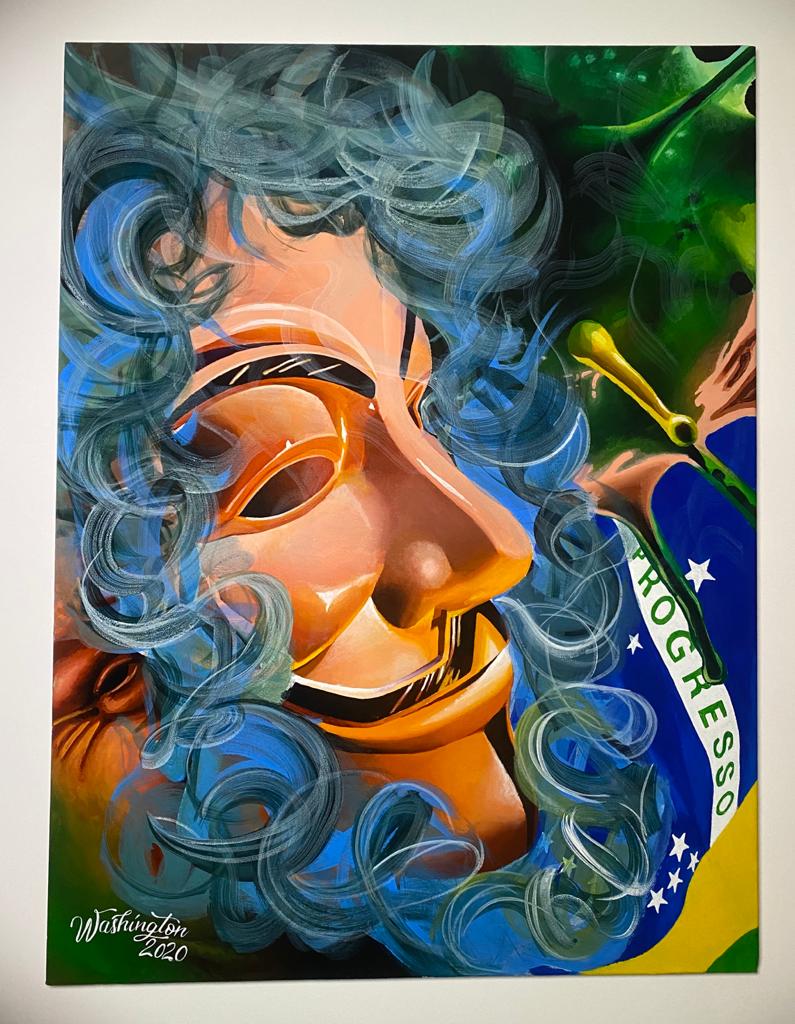 The mask illustrated on this canvas is a representation of the revolutionary Guy Fawkes, a British man who lived between 1570 and 1606.

The mask is a symbol of protest in several countries, usually around a goal freely agreed with each other and aimed mainly at the rights of the people before their rulers.

The people’s struggle in protest against the corrupt government takes place much sooner than we can imagine. In different protests it is possible to observe this mask leaving the face hidden from those fearless who fight for their ideals, whatever they may be.

The most interesting thing about art is the message it can convey in different ways.
This canvas depicts the current scenario in Brazil. (the interpretation I leave to the readers).

Who imagined that we would start a decade where relations between several countries were damaged due to the pandemic?

COVID-19, this should be the main fight of the government and the population. The pandemic has taken over the world at an absurd speed, and I wonder when the progress so acclaimed by my ancestors will happen in my beloved nation?

But wait a minute, who is progress? 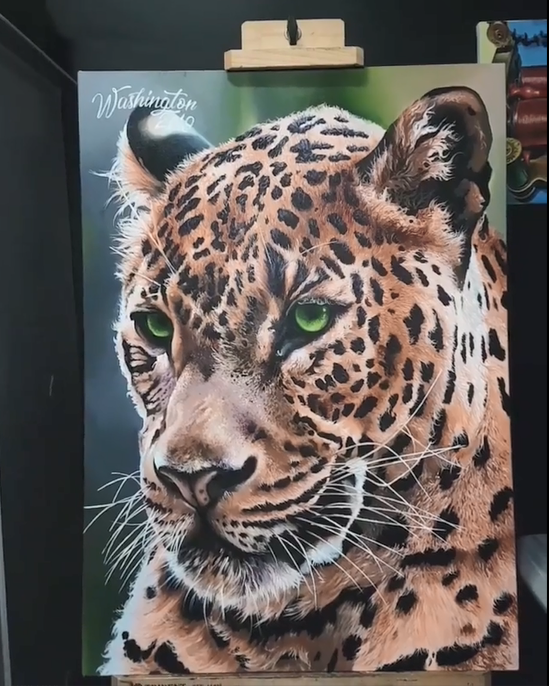